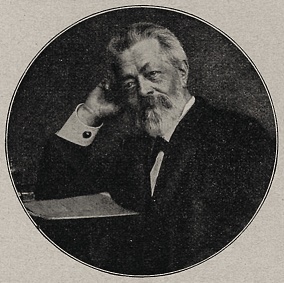 Wilhelm Amandus Beer was a painter and professor who became famous for his multi-figured genre paintings, most of which were painted outside of Germany.  He was born August 9, 1837, in Frankfurt.  His tutelage in artistry began with his great-uncle Anton Radl, a German painter and engraver.  Beer continued his artistic endeavors in figurative painting as a student of Jakob Becker, and in history and fresco painting with Edward von Steinle at the Städelsches Kunstinstitut in Frankfurt until 1852.  Beer traveled to Antwerp, Belgium and Paris, France to further his studies.  However, it was his trips to Russia that were of particular importance as they portrayed numerous portraits of the countryside and the folk life.  This earned him the nickname “Russen-Beer” During extended stays from 1867 to 1870 and 1877 in the Smolensk Governorate, especially on the estate of the painter Sergei Andrjewitsch von Baryschnikoff, Beer was intrigued with and studied the characteristics of the Russian country and its people.  The pictures of fairs (e.g. the painting Bear Guide at the Fair) became particularly popular.  In 1895 the artist, who had been living in Frankfurt since 1870, was appointed head of a master studio for painting at the Städelsches Kunstinstitut, and in 1899, he was appointed professor.  Kurt JÄCKEL, the graphic artist, was among his master students.  Beer also became a member of the Kronberg Painter Colony.  Wilhelm Amandus Beer died in Frankfurt, Germany, on January 19, 1907. 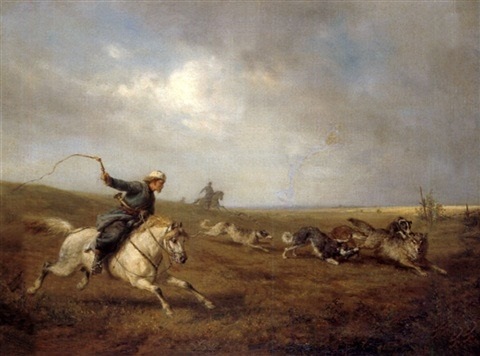 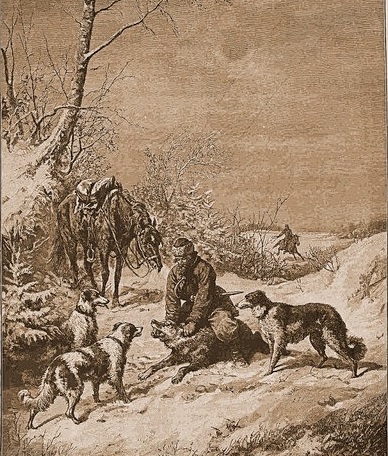 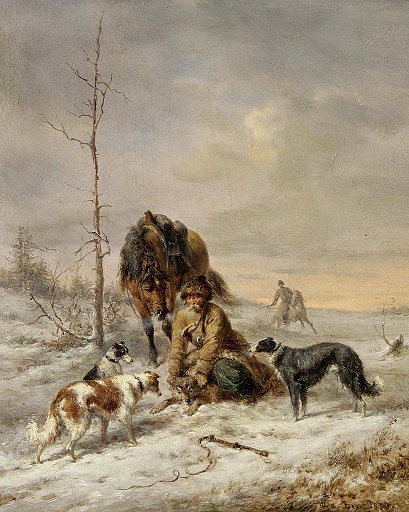 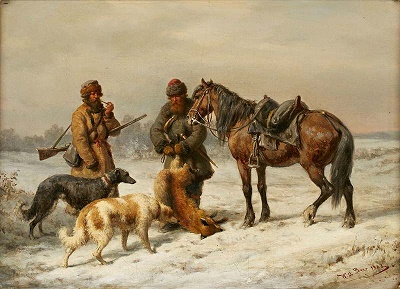 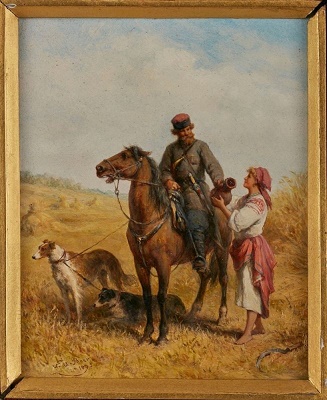