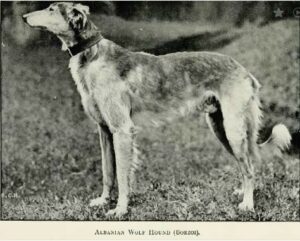 From FB/Borzoi past. Andrus Kozlov wrote this:

The dog on the photo is very similar to the so-called Circassian Orloff Wolfhound. Mr. Zambacco named his dog Domovoy, imported from southern Russia, that way.

In 1886-1888 a few articles were published in the French magazine Le Chenil, between M.Zambacco, A.Rousseau and A.Korsh about the breed “Circassian Orloff Wolfhound”. Maybe Mr Zambacco wanted to advertise his dog Domovoy with such an exotic breed? In fact, such a breed did not exist, and the dog was (according to the authorities) a bastard, an atypical and not a purebred borzoi. 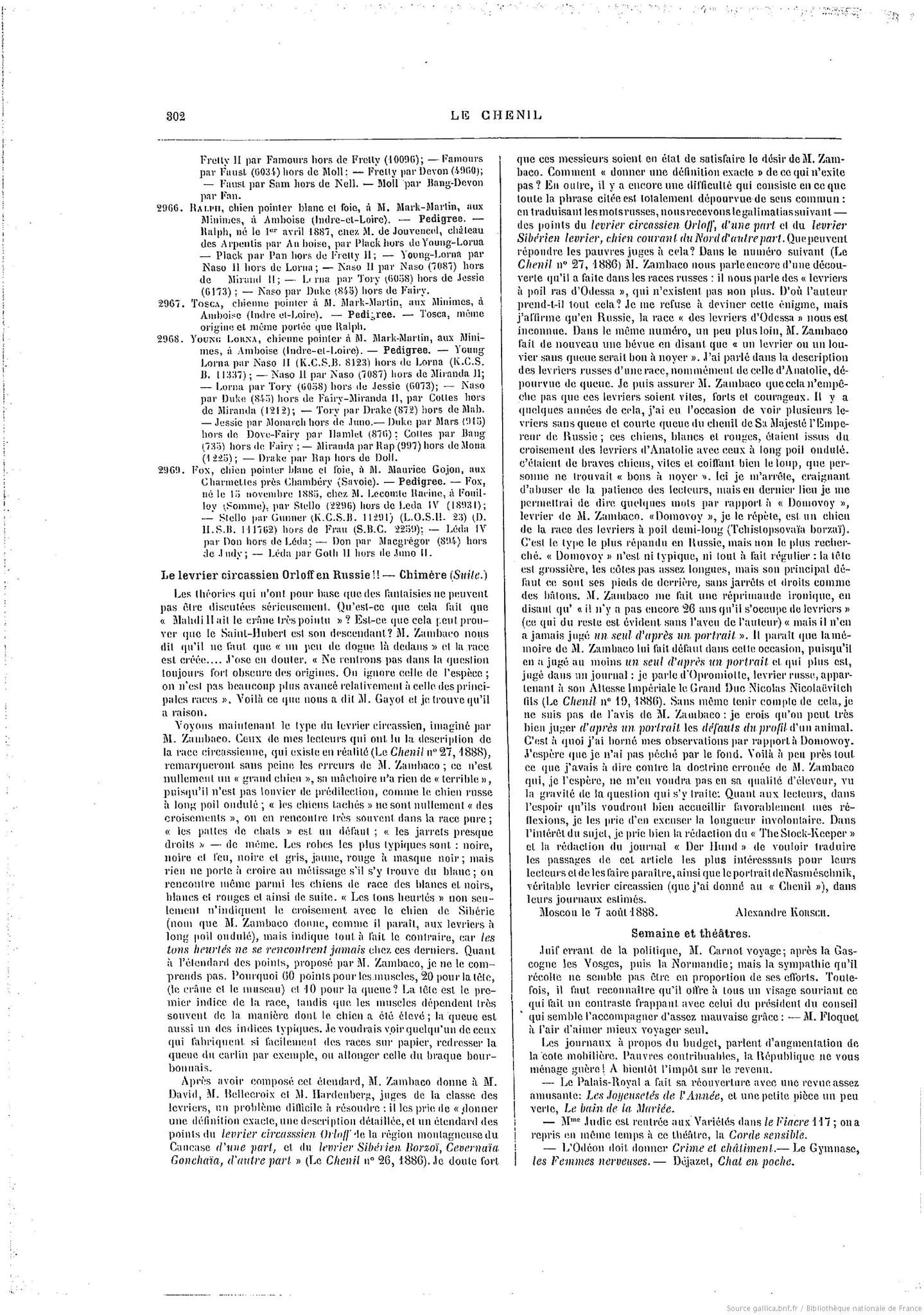