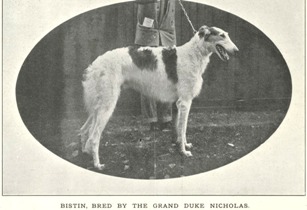 Bistri of Perchina was bred in Russia at the famous Perchino kennels of Grand Duke Nikolai Nikolaevich and imported to Valley Farm kennels in America in 1904.  He was not able to be registered by his Russian kennel name of Perchino due to the fact that an American kennel was already using that name, so he was entered as Bistri of Perchina, instead.  Bistri was incorrectly entered in Vol. XX of the 1903 AKC stud book, and a correction was made in Vol. XXII in 1905. 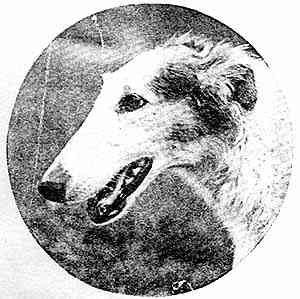